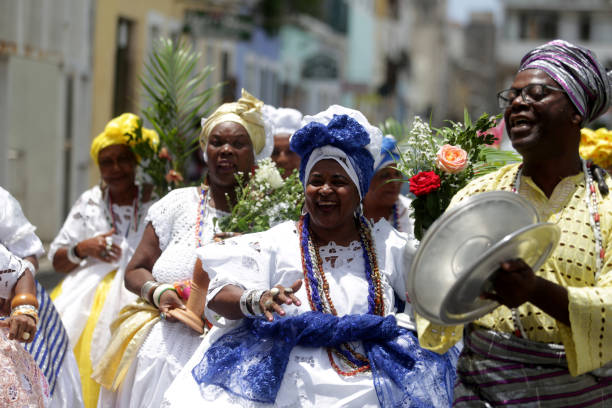 This article highlights Nigeria's traditional Yoruba people and their culture. It examines this sub-Saharan African ethnic group's material possessions and non-material customs. The conceptualization of the Yoruba ethnic group in the twenty-first century is made clear in this work.

The Yoruba mythology holds that the Yoruba supervisors and descendants developed from two partially known tales, whether as a species of settlement or as individuals in dispersion.

According to oral tradition, a group of migrants is described in the first version as coming from the east of Nigeria into the present-day Ile-Ife. According to legend, Oduduwa, who had sons who established nearby Yoruba towns and kingdoms, was their leader.

The second narration describes how, under Obatala's direction and supervision, a divination oracle in Ile-Ife created the entire universe.

Contrary to these assertions, radio-carbon dating of ancient artifacts indicates that Ile-Ife was a town between the ninth and the twelfth centuries. This suggests that the region presently referred to as "Yoruba land" in the Federal Republic of Nigeria has been a dominant cultural region since the Middle Ages.

There are customs unique to the Yoruba ethnic group. The Yoruba people have a complex way of life.

In real life, any typical Yoruba individual may be recognized since cultural traits are always present. There are abstract and concrete features, such as language, culture, religion, celebration, dance, music, cuisine, clothes, and other tangibles.

Different dialects are still used now under the Yoruba tribe's umbrella. Although languages in Yoruba towns in the Southwest of Nigeria appear to be highly similar, they all belong to different Yoruba sub-tribes. Although the population is thought to be diverse, governance & historical research vary per location.

Poems, sayings, and the oral transmission of folktales are all included in the Yoruba tradition that holds that language is the foundation of liberal arts.

It is astonishing to observe how civilizations have transformed art significantly into several intriguing and ground-breaking developments in the Yoruba nation. Some excellent artists historically create figurative drawings, paintings, and sculptures to communicate concepts, histories, or ideals in Yoruba art.

The Yorubas excel at producing and designing textiles and making everyday objects like plates, cups, and more when making basic household utensils. Depending on the region, manufacturing pots, or pottery, is one of the essential crafts the indigenous Yoruba people are committed to.

Southwest Nigeria is home to the Yoruba people, united by a beautiful culture. The Yoruba dynasty includes the Igbohos, Ede, Ikoyi Igbo, Iresa, and other families. The Yoruba population is continuously expanding. Some Yoruba groups in nearby nations include Togo, Benin, and a portion of Ghana.