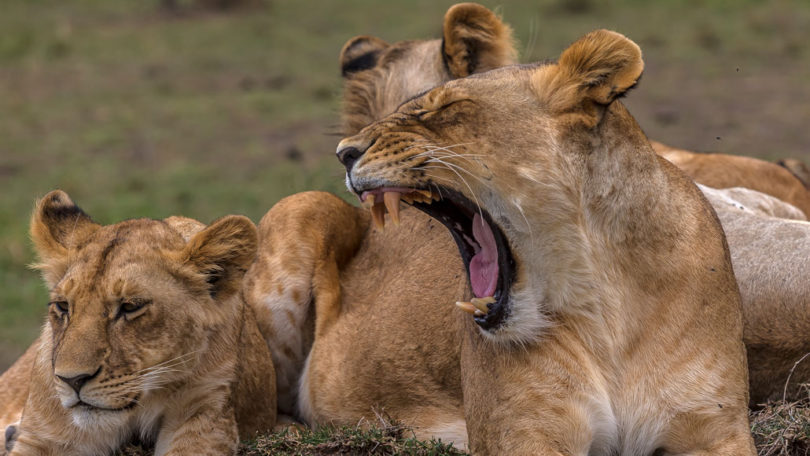 Lions are one of the most majestic creatures on our planet. Their incredible strength and ferocity make them the king of the jungle. They are known to be the most powerful predator in the animal kingdom, and they can kill their prey with just a single bite. If you want to learn more about these amazing animals, here are some interesting facts that may surprise you!

The Female Lions Do Most of the Hunting

If you have ever watched a wildlife show on the National Geographic channel, then you know that female lions are the ones that do most of the hunting. It is the female lions that are responsible for providing food for their pride, and they often work together to bring down larger prey.

Lion Population in Africa Is On the Decline

The lion population in Africa is on the decline due to habitat loss, poaching and other human threats. One of the biggest concerns for conservationists working to save these animals from extinction is man-made barriers such as roads which prevent them from moving freely through their range. If there were no fences or highways cutting across national parks, then perhaps we would see more lions roaming the African landscape.

Lion Cubs Are Born With Their Eyes Closed

When lion cubs are born, they are completely helpless and rely on their mothers for everything. One of the most adorable things about them is that they are born with their eyes closed and will not open them until they are around two weeks old.

Lions are very social animals who live in groups called pride. They spend most of their time together and will even share food with each other if there is not enough for everyone to eat. It has been observed that they can also help care for young cubs whose mothers have died or gone missing by feeding them milk from another lioness.

Lions Can Go Up To 4 Days without Drinking Water

Lions can go up to four days without drinking water. This is because they get all their hydration from the blood of their prey, which contains more than enough liquid for them to survive on until they find another source such as a watering hole or rainstorm. Lions are also known as one of the most efficient hunters in nature.

Lions' Natural Habitat Is Plains and Grasslands and Not the Jungle

Contrary to popular belief, lions do not live in the jungle. In fact, their natural habitat is on open plains and grasslands, where they can easily see their prey from a distance. This is why you are more likely to see them in Africa than on any other continent in the world.

Female Lions Raise Cubs Together In a Pride

Female lions raise cubs together in a pride. This means that there are usually multiple mothers taking care of the same group of young animals at any given time because it would be too much work for just one female to do alone! It may seem strange, but this social structure allows them all access to resources like food and water and also provides them with protection from predators.

So there you have it, the top 7 amazing facts about lions. We hope you enjoyed reading this list and learned something new along the way!