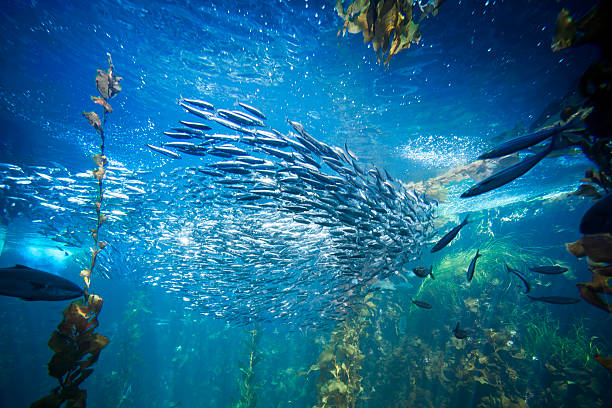 Perhaps compared to our waters, we know more about Mars. 71% of our globe is made up of oceans. Let's consider that magnitude in context. According to U.S. Geological Survey statistics, the world's water volume is about 321,003,271 cubic miles. Approximately 352,670,000,000,000,000,000 gallon-sized containers would be filled with that amount of water. The sea is vast. This makes learning quite challenging.

Our knowledge of the seas and marine life is expanding slowly. Oceanographer Gene Feldman has been researching the seas for the last 25 years. In an interview with NASA, he spoke on the problems of ocean exploration at the time, stating, "In many respects, sending a human into space is simpler than sending them to the ocean's floor. One thing is sure: the pressure from the above water is tremendous."

There are lakes, rivers, and even waterfalls in the oceans. Even more amazing, the size of these submerged lakes and rivers may vary greatly, from just a few feet to many miles across. How is it even doable? When saltwater seeps through substantial amounts of salt under the seabed, lakes, and rivers like these are created. There is a dip in the ocean bottom due to the salt layer dissolving. The water becomes heavier due to the dissolved salt, and this dense water settles into the depressions to form submerged masses of brine. Numerous aquatic species with alien-like appearances are also drawn to these brine pools.

2. The Ocean's characteristic blue hue is caused by light.

The ocean's rich blue hue is beautiful and inspirational. The seductive ocean hues have greatly influenced numerous singers, designers, and painters. However, many people don't know how the water acquires its hue. You may be surprised to learn that the color of the ocean is caused by hues in the red portion of the light spectrum that are water-absorbing. Blue-based hues are left behind due to the water's filtering action. The ocean often seems green, crimson, or other colors due to light reflecting off floating sediments and other objects in the water.

3. The vast bulk of life on our planet is aquatic.

Life abounds in the waters. There are numerous species in the water that we have cataloged. We have discovered everything in our waters, from tiny single-celled critters to enormous blue whales. Fish, octopuses, squid, eels, dolphins, crabs, and other animals inhabit the intricate ecosystems that make up our seas. The list keeps on.

4. Nemo will not be found here.

These situations have likely crossed your mind before. What would you do if you were stranded on an island by yourself? What would you do if you were abandoned in the middle of the ocean, or even better? The two possibilities are both horrifying. Perhaps, however, you would never want to be stranded in the most inaccessible location in the South Pacific. The region, called Point Nemo (Latin for "no-one"), is located around 2,700 kilometers from the nearest populated continent and 1,600 kilometers from the closest strip of land.

5. Are you up for some treasure-hunting fun?

You may have fantasized about discovering a long-lost pirate chart with directions on how to find a hidden treasure buried under the sea. There may not be many maps around, but much unclaimed wealth is hidden under the water. The National Oceanic and Ministry of Environment has projected that there are approximately least 1 million sunken ships in the world's seas, while some estimates go as high as 3 million. However, it may be practically difficult to properly assess the number of shipwrecks resting at the bottom of the ocean. However, this contains all types of wrecks, from dugout boats to hits from the twenty-first century.