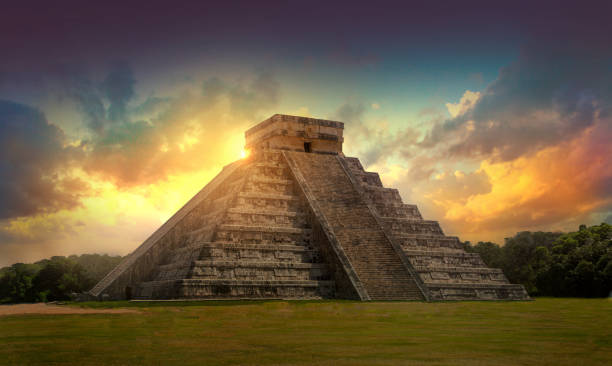 Because of the Maya, huge ancient cities in Mesoamerica are now home to magnificent pyramids, ball courts, sauna ruins, and other colossal sculptures and hieroglyphics. Here are fifteen fascinating facts about this long-dead civilization that you may not be aware of.

It's incredible to imagine that archaeologists can't find anything as massive as a pyramid even today. Although the Toniná pyramid in Chiapas, Mexico, was found only a few short years ago, it is one of the oldest Maya structures ever uncovered. A natural hill had been used as cover, but it turned out to be a clever ruse. Scientists determined that this newly discovered structure, at 246 feet (75 meters), was taller than Teotihuacan's Pyramid of the Sun, which stood at 213 feet. The Mexico's state of Campeche has also later found the remnants of two Maya towns hidden by dense forest.

Over 3500 years ago, the Olmecs of Mesoamerica were probably the first to understand that you could eat chocolate with a little effort, but the Maya made it an art form. Cacao chemical traces have been discovered in 600 BCE Maya pottery containers in Guatemala, indicating the Maya were processing cacao at least 2600 years ago. But the hot chocolate they made was nothing like the kind we enjoy today. Mixing cacao with water and honey, chili peppers, and cornmeal made a frothy, spicy drink for the Mayans.

Born in Siberia, American Tatiana Proskouriakoff studied architecture. On an excursion to Guatemala's Piedras Negras Mayan ruins, she sketched a curator at Penn Museum in Philadelphia when she couldn't find work within her profession. Although Proskouriakoff had no official academic background, she became a well-known Mayanist on her own. A Maya dynasty was established when she discovered that the "upended frog" symbol indicated births and the "toothache" glyph denoted dates of coronation, which allowed her to correctly identify birth and death announcements and identify the names of the Maya leaders. There had been little progress in reading Maya glyphs in the mid-20th century. There's little doubt about it: The 1960 publication by Proskouriakoff on the "Historical Implication" of a Pattern of Dates at Piedras Negras in Guatemala was a seismic shift in our understanding of human history.

Long strips of resilient paper created from the inner bark of fig trees were used by the Maya to write books in their intricate hieroglyphic alphabet. Only the Dresden Codex, the Madrid Codex, and the Paris Codex are Maya codices still in existence today. (There's also the shattered Grolier Codex, whose legitimacy is disputed by academics.) The humid climate of Mesoamerica and the presence of Europeans, who deliberately burned Maya manuscripts, resulted in the loss of many further Maya manuscripts. It was recounted by Franciscan friar Diego de Landa who arrived in Yucatan in the 1540s: "We discovered many books in their letters. Since they had nothing in which there was not superstition and deceit of the devil, we burnt them all."