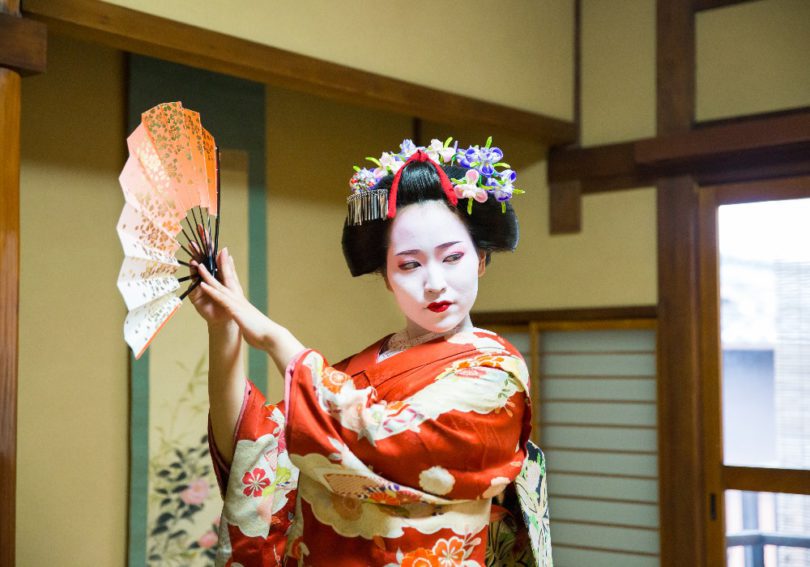 The Japanese culture is one of the fascinating ones. They are big on preserving old traditions. One of the oldest traditions is Geisha.

There are many misconceptions about these professional entertainers. That is why we will attempt to dispel them in this article. So let’s begin with our journey into the Geisha world.

Geisha: Who Are They?

The word Geisha translates into artisan. They are entertainers who shine in traditional Japanese art. Their expertise is dancing, singing, and making small talk.

There used to be male Geisha called Taikomochi or Houkan. However, their numbers have declined, and only five of them exist today. But the females are still widespread in some parts of Japan.

There are two types of Geishas. Maiko refers to the young apprentice aged 15 to 20 years. They go through training at an okiya, a house where the entertainers live.

The young girls are taught to play traditional instruments, sing, dance, and master the art of conversation. Once the training is complete, they are promoted to a Geisha. This process takes years of rigorous training.

What Is The Difference Between A Geisha And Maiko?

The main difference is, of course, their roles, as we have stated. Maiko is an apprentice, whereas a Geisha is a fully trained entertainer. Besides these, there are also physical features that distinguish the two. These are:

A Geisha always wears a wig styled by a skilled artisan. Meanwhile, a Maiko has her hair styled into a clean bun.

A Maiko is a novice who has to build connections to start her entertainment career. That is why their hair is dressed elaborately. They wear decorated ornaments called Hana Kanzashi.

Once becoming a Geisha, the entertainer resorts to wearing simple combs. These complexity and simplicity define the stages of their training.

Both types paint their faces white and their lips red. This is the striking feature to identify any Geisha. The Maiko, however, paints only the bottom lip and shifts to fully painted lips after promotion.

Another distinct feature is the color of the nape. A young entertainer always shows unpainted skin at the position. Meanwhile, a Geisha's neck is covered by a wig.

This piece of clothing can be simple as well as highly detailed. It reflects the Japanese culture very well. A Maiko wears long-sleeved colorful kimono with a hanging obi (kimono sash) at the back.

In contrast, a Geisha wears a short-sleeved subtle kimono with a boxed-shaped obi. Besides that, the apprentice has a red collar while the fully trained entertainer has a white collar.

Is Geisha A Prostitute?

A Geisha will entertain you in artistic ways by singing, dancing, and talking. It should be noted that the dances are traditional and not remotely sexual. They also don’t offer sex to any client nor accept such proposals.

Mizuage was a stage in the promotion of a Maiko in earlier times. It was a virginity auction that hasn't been practiced for ages.

That was your complete guide about Geishas. If you want to visit one someday, you should see the Geisha districts of Kyoto or Tokyo.