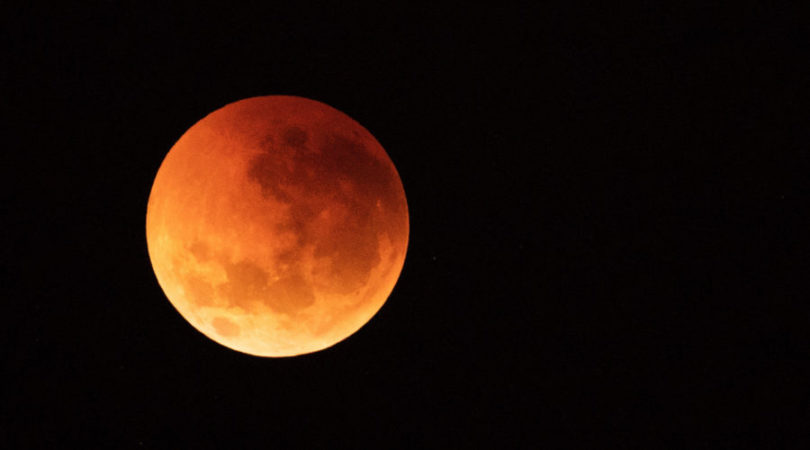 Earth is one of the fascinating planets of the universe. But of course, that is because we don't know much about other planets. Despite that, the fact that there is life on Earth alone makes it stand out.

However, did you know that the reason why life is possible on Earth maybe because of its moon? Yes, you heard us right. According to research, the ratio of the moon to Earth is 1:4. This is greater than all planets and their moons.

If you're an astronomy enthusiast and want to learn more about our planet's moon, you've landed in the right place. Here are some fascinating facts about this celestial object.

There are many theories that circle the internet regarding the birth of the moon. Today we'll erase all doubts and myths from your mind. According to scientific evidence, millions of years ago, a collision on Earth tore away a molten part of our planet.

The molten part provided the raw ingredients through which the moon came to be. It is believed that whatever hit the Earth was approximately the same size as Mars. Besides that, scientists believe that this impact took place about 100 million years after the solar system came into being.

The Earth's rotational axis is tilted at an angle of 23.5 degrees to the ecliptic plane. This means that the hemispheres may point away or towards the sun at times. As a result, the solar radiation that the planet receives varies. Hence, Earth experiences different seasons.

However, the angle that the moon experiences is 1.5 degrees. This is negligible, and so the moon does not experience different seasons. Instead, some parts of it are always bright due to sunlight. Meanwhile, others remain dark.

Many of you may believe that the moon does not have any atmosphere. That is because it has always been depicted that there is no gravity on the moon. However, that is not true.

Moon does have a thin atmosphere. This is the reason why a footprint on the moon can remain there for centuries. Besides that, the moon has quite a cold temperature because of its thin atmosphere.

Moon is quite different from Earth in many ways. However, there is one minor similarity between them too. It is that the moon also faces quakes during different times of the year.

The quakes on the moon are referred to as moonquakes. They take place because of the gravitation pull of Earth. However, the moonquakes last for about half an hour. Additionally, their strength is much weaker than earthquakes.

These are the top four facts that we guarantee you didn't know about the moon. This object is different from all other moons that exist in the universe. That is why it fascinates many of us. Scientists also expect to discover more new facts about the moon with time.