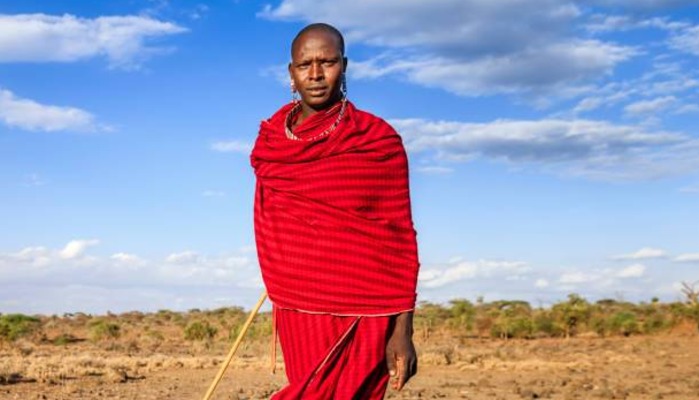 Kenya houses more than fifty native tribes. Among them, the Maasai Mara is the most prominent one. The tribe rose to prominence in the 20th century and is still in existence.

It is also the tribe that has succeeded in preserving their roots and traditional ways in this era of modernization. Here are few fun facts about the Maasai Mara.

The Maasai take their culture and teachings very seriously. That is why they haven’t given up on their way of dressing. Just like their predecessors, the tribe members still wear shuka.

This is a garment that is constructed from thick and hand-woven blankets. The clothing is only made in red color and is wrapped around the body. Above the garment, jewelry is also worn by both men and women.

However, this piece of garment is not as old as you may think. The shuka way of dressing came into existence in the 1960s. Before that, Maasai used to wear clothing made up of animal hides.

Cattle have a great significance in the Maasai culture. In fact, they even have a prayer in which they ask for cattle and children. The leaders use cows as a way to bring tribespeople together.

Besides that, cattle are their primary source of income. Not only that, but the Maasai also considers the consumption of cattle meat and milk sacred. Having these items is their way to connect with God.

Apart from that, whenever a cow is sacrificed, all of its meat is used for consumption. Meanwhile, the tribespeople also collect the blood, which is then given to sick people, women who gave birth recently, and even men who were circumcised during that time.

In Kenya, the reserve Maasai Mara is more famous than the tribe. The cultural land is the most scenic and wild-life rich location of Kenya. However, many of you may not know that this reserve was named after the tribe and not the other way round.

The Maasai people call the area their home, which is how the land came to get its name. Besides that, there are many other reserves as well which are inhabited by the tribe. But only Maasai Mara is the one that hosts guests and tourists.

In Kenya, the national language is Swahili. However, that is not the one that the Maasai tribe uses to converse. Instead, they speak a completely different language called Maa.

If you look up the internet, you will barely find anything about this language. That is because it is primarily a spoken language and is only used by the Maasai Mara. In fact, the name of the tribe translates into people who speak Maa.

Those were the top four fun facts about Maasai Mara. If you ever plan to visit Kenya, the Maasai Mara National Park should be on your visiting list. The tribesmen are very humble, and you will have an enriching experience.