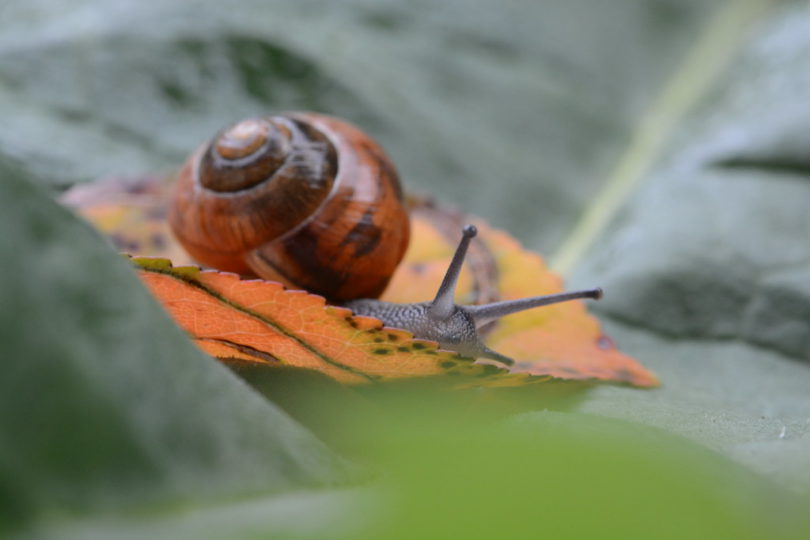 Snails are widely known for their speed. It is no secret that they are one of the slowest animals on Earth. However, they do have many other features that can surprise you.

For example, some snails can grow up to 1.5 feet. Besides that, other facts about them will please you too. Below are their top six features:

A snail's mouth is no bigger than the size of a pin. That is why it is surprising that they have the title of having most teeth. For example, some species have about 20,000 teeth.

Additionally, one marine species of snail produces highly strong material. Not to mention that their teeth are robust. For example, a study confirms that snail teeth are five times greater in strength than spider silks.

Marine snails produce a sticky substance called slime. It allows them to attach to rocks with ease. The nature of their slime has become an inspiration for scientists.

Researchers at MIT have produced a medical adhesive by mimicking the slime of marine snails. This glue is primarily made to assist heart defect repairs. It has been tested on pig hearts only, but the results are positive.

Besides having multiple teeth, snails have another cool feature. This is that they need moisture for survival. So when the conditions get dry, the snails go to sleep.

However, this sleep is unlike a regular nap. While they rest, their body secretes mucus to help them survive. Typically, this sleeping condition can last for three years.

You may assume all species of snails to have the same number of eyes. But this is not true. Land snails have two eyes. These are located at the longest tentacles tips.

Moreover, underground snail species lack eyes. They primarily depend on other senses for navigation. In addition, carnivorous types have better vision. Meanwhile, some snails can only differentiate the brightness of their surroundings.

Most marine snails use gills for breathing underwater. But some freshwater species use a different organ. These snails have lungs instead. So they travel to the surface for breathing.

Apart from that, some species have both gill and lungs. Meanwhile, the apple snail has none. Instead, they have a siphon, a breathing tube that the creature can extend to reach the surface.

If you believe snails are harmless, think again. That is because the cone snail is highly deadly. It lives in the sea and has a colorful shell to attract divers.

Once the individual comes near the snail, it poisons the person. The venom is known to pass through clothing. Not only that, but cone snails have caused at least 27 known deaths.

These are the top six features of snails that you must be aware of. While some snails can be harmful, most aren't. That is why people keep them as pets. So you should be fascinated by snails, not afraid.