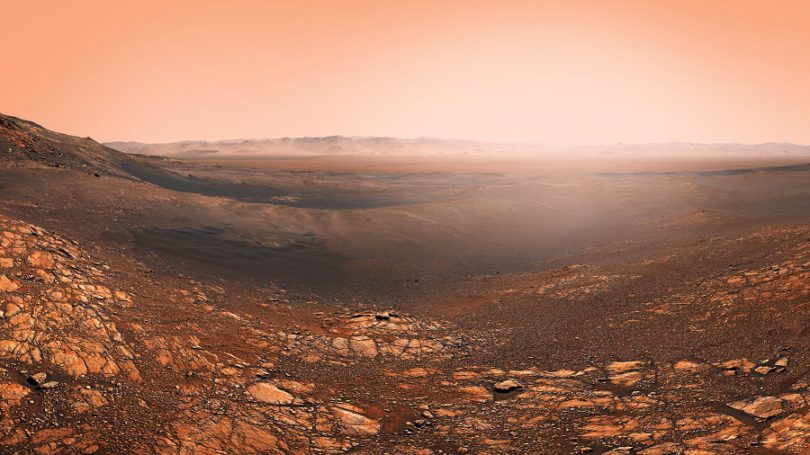 The majority of the water on Mars is discovered as ice in its freezing polar regions, even though it is known to exist there. Because the temperatures around the equator are too warm for exposed water ice to stabilize, it is not common to see water ice at the surface.

Missions, notably the European Space Agency's Mars Express, have searched for near-surface water - as ice coating dust grains in the soil or bound up in minerals - at Mars' lower latitudes and discovered minuscule quantities. However, such studies have only looked at the planet's surface; deeper water reservoirs may lie beneath the dust.

Igor Mitrofanov, the primary author of the new study and the head of the FREND neutron telescope of the Space Research Institute of the Russian Academy of Sciences in Moscow, Russia, said, "TGO gives us the ability to monitor what's happening beneath Mars' surface down to a depth of one meter and, most importantly, locate water-rich oases that earlier detectors were unable to find.”

As much as 40% of the near-surface material in this area appears to be water, assuming that the hydrogen we find is bound to water molecules, as reported by FREND in the enormous Valles Marineris canyon system.

The water-rich region is approximately the same size as the Netherlands, and it coincides with the steep lowlands of Candor Chaos, a region of the canyon network that is regarded to offer promise for our mission to Mars to find water.

Igor and colleagues used FREND images from May 2018 to February 2021, which detected neutrons rather than light to determine the hydrogen composition of Mars' soil.

We were surprised to see a large amount of water in the center of Valles Marineris—far more than we had anticipated. This resembles the permafrost areas of Earth, where dry soil contains water ice due to the persistently low temperatures.

This water might be ice or chemically bonded to other minerals in the soil. Other discoveries, however, indicate that minerals observed in this region of Mars normally contain only a few percent waters, far less than the recent findings. "Overall, we believe this water exists in the form of ice," Alexey explains.

Because of the temperature and pressure conditions near the equator, water ice frequently evaporates in this region of Mars. The same is true for chemically bonded water: the proper mix of temperature, pressure, and hydration is required to prevent minerals from losing water. This implies that some specific, as-yet-unknown combination of circumstances must exist in Valles Marineris to keep the water - or that it is being replenished somehow.

Hkan Svedhem, a research co-author and former ESA project scientist for the ExoMars Trace Gas Orbiter, says, "This result is a fantastic first step, but we need additional observations to know for sure what sort of water we're dealing with.

Whatever the consequence, the discovery shows the unmatched capabilities of TGO's equipment in enabling us to "see" underneath Mars' surface and suggests a sizable, relatively shallow, and easily usable water reservoir in this part of Mars.