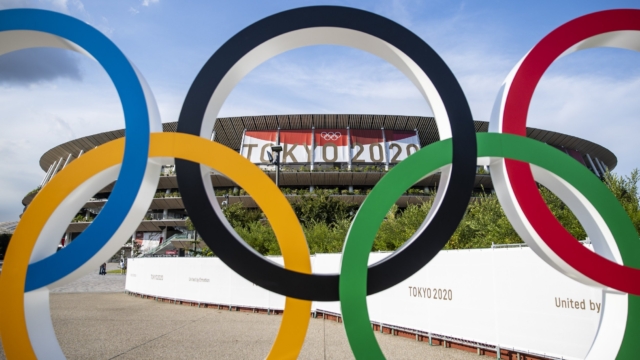 The Olympic Games are the greatest sporting event in the world. The games were first held in Ancient Greece. It is one of the most popular and watched events in history. It is a time where people from all over the world come together to celebrate athletic competition, international cooperation, and show their patriotism for their country. Though it seems like everyone knows about the Olympics - many don't know these 21 interesting facts that you probably didn't know about this event!

In Ancient Greece when a runner would carry an olive branch to the Olympic Games it symbolized peace for all the world and would bring luck to them. The runner would take a fire from his village's hearth and put it in his torch. He was then allowed to light the flame on Olympia's altar. The flame is a symbol of peace and victory for each runner's home country.

The Olympic Rings represent the five continents (Both Americas are symbolized by a single ring) and are meant to symbolize unity.

Believe it or not but pigeon Shooting was an Olympic sport. It was only held once in the year 1900. The so-called 'sport' was discontinued from the Olympics after that.

This event was first held in ancient Greece, and it has been going on for over 2000 years. The games were a celebration of the Greek gods - Zeus, Hera, Athena, Poseidon and Apollo.

Two Japanese athletes fused their Olympic medals together.  They were both told to compete after a tie. However, they decided to divide both bronze and silver medals and fuse them together. So both of them had medals that were half bronze and half silver.

The Summer Olympics held in 1900 had rectangle-shaped medals instead of the traditional round medals.

The first time women were allowed to compete in the Olympics was at the 1900 Summer Olympic Games. 2012 was the first year that females from all participating countries competed in the event.

The Olympic gold medal isn’t actually made of gold.  The medals are actually composed mainly of silver, with a very thin layer of copper on the surface that gives them their lovely golden hue. Out of the total 556 grams of the medal only 6 grams is actual gold.

Which City Has Hosted The Most Summer Olympics? You might be surprised to learn that London has hosted the most summer Olympic Games, with three. It’s followed by Paris and Los Angeles, both of which have two times hosting the event.  In total there are 23 cities that have been selected as hosts for the summer Olympics.

Abebe Bikila was born in Ethiopia and he won the 1960 Olympic marathon with bare feet. His countryman (and fellow runner) Mamo Wolde would go on to break Bikila's record in 1964, but Bikila still remains the only Ethiopian to have won an Olympic marathon.

The Tokyo Olympics is the first Olympics event to be delayed. It was delayed due to the coronavirus pandemic.

Tokyo Olympics is the first Olympics where the medal are made with recycled material which makes them the first environmentally friendly medals from the modern Olympics era.

Three Olympics in modern history were canceled.  The first was the 1916 Olympics in Berlin, because of World War I. The second was the 1940 Olympics in Tokyo and then again during WWII due to fears that Japan would be invaded by its ally Germany. And finally, for the 1944 Games in London, Britain decided not to host them due to World War II.

The colors of blue, yellow, black, green and red were chosen because they appear on all flags throughout the world in some form or another.

Greek gymnast Dimitros Loundras competed and won a medal at the 1896 Olympics in Athens. He is the youngest Olympian of recorded Olympics history. His age at the time was 10 years and 216 days.

There weren’t any fancy or protective clothing in the old days. Athletes used to compete naked in the Olympics in ancient Greece.

To date a total of 19 countries have hosted the Summer Olympics.

The modern Olympics started with the 1896 event held in Athens Greece.

There are three official languages of the Olympics. Two of them are English and French. The third language is the language of the host nation in any given year.

Hans-Gunnar Liljenwall was the first athlete to get disqualified for alcohol consumption in any of the Olympics. He drank two beers before the pistol shooting event which caused the disqualification. The entire Swedish team was disqualified and they had to return their bronze medals.