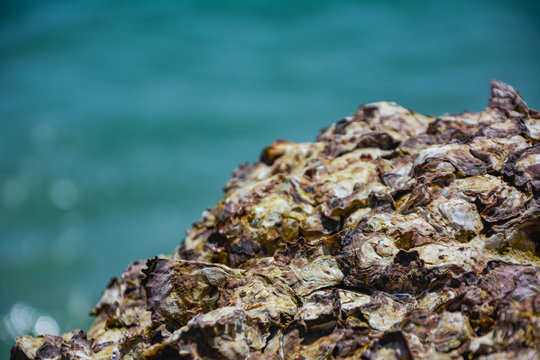 Once you've read this list of oyster statistics, you will be able to wow even your most knowledgeable relatives and friends with your knowledge of oysters. Even if you don't modify your eating habits, you can discover new tastes for oysters.

Oysters may be either male or female at any point in their existence, which is an intriguing fact about oysters. During their development, the density of oysters in the bed significantly impacts their morphology. – Please visit http://www.originaloysterhouse.com/links-interest to learn more:

2. Oysters are capable to intake a large amount of water every hour

Oysters use their gills for drinking water and eating plankton while they do so. To prevent hypoxia or low levels of oxygen which are fatal to other aquatic life, oysters can help preserve an aquatic ecosystem's equilibrium. Previously, Chesapeake Bay's oyster population was capable of filtering all of the bay's water volume in just three days.

3. Oysters are molded by the beds in which they grow.

It develops and forms around the surface it adheres to, and the other oysters that surround it once a bed has been established.

4. Oysters aren't the only source of pearls.

Even though every oyster can generate pearls, they are not brilliant, beautiful pearls of worth. In truth, freshwater mussels and an inedible oyster are used to extract 90% of the world's pearls.

5. Oysters have been eaten and cultivated by humans for many years.

Since prehistoric times, humans have enjoyed oysters as a delicacy. Oyster farming has been practiced as far back as the Roman Empire. The first individual to raise oysters in a controlled environment was the Roman Orata.

6. In the United States, most oysters are of the same species.

To know the truth about oysters, you should know all of the C. Virginia gathered in the Gulf of Mexico, the Chesapeake Bay, and along the Virginia coast are the same oyster species. The Gulf Coast and the East Coast are home to this oyster species. This, however, does not imply that they are all of the same flavors.

7. The moniker "Gulf oysters" has changed through time.

If you've never had Blue Points or Quonset Points oysters, you're missing out. All of these oysters are of the same species, but they've been given unique names based on the places where they've been gathered. It used to be that each bay in the Gulf of Mexico had its name for Gulf oysters, but over time, wholesalers began to lump them all together. In the future, this may change again.

8. Oysters' tastes are influenced by their surroundings

Even though most oysters in the United States are of the same species, they all taste different. Oysters take on the water they filter, which is why they have a distinct flavor. Salt and nutrients are found in a wide range of water bodies.

Briny, metallic, sweet, buttery, and mild is oysters' primary taste qualities. Experts can identify flavors like melon, cucumber, mushrooms, and more in these flavors. Keep this oyster trivia in mind the next time you get a half-shelled oyster.

10. There are a lot of vitamins and minerals in oysters.

A wide range of vitamins and minerals are found in oysters. These include calcium, zinc, magnesium, selenium, protein, and Vitamin B12, vitamin A.  iron and polyunsaturated fat – the "good" fat found in olive oil – are also found in high concentrations in these foods.